Welcome to the wonderful world of mythical creatures! There are lots. There is the Grim Reaper a human skeleton in a black cloak with a scythe. There are fiery, indestructible phoenixes with magical tears and they live for many centuries, and come back alive from the ashes. There is the Rainbow Serpent an Aboriginal mythical creature that is more god than mythical creature. There are dragons that may breathe fire, and are indestructible. There are giants who are very big and witches who make evil potions. There are ogres who are meat-eating giants. The ogres are bad giants. There are fairies that have wings and are magical. The fairies are good and harmless. There are Basilisks who turn you into stone if you look at them. There is the Grim who is a ghost dog. There are Elves who cannot be harmed by the basilisks. There are Shape-Shifters which can turn into anything. There are Griffins who have eagle wings and hind legs and, and a lion head and front legs. There is Unicorns who are magical horses. There are gnomes who are small and mostly have small caps on.   There are mythical creatures all around the world. Most have special powers. There are good and bad ones. Some can both be good and bad. They can also be helpful.   List of mythical creatures: Gnome, Dragon, Giant, Basilisk, Witch, Elf, Griffin, Unicorn, Ogre, Grim Reaper , Rainbow serpent, Shape-shifter, Phoenix, Dwarf, Pixie ,Kraken, Sea Serpent, Hydra, Boggart, Demon, Gorgon, Fairy. Types of Dragon: wind dragon, ice dragon, fire dragon. Types of Giant: ogre, snow giant. Hydra is a three-headed snake. Demons cannot fly but some can and can have many heads and powers. The kraken is a type of sea monster. It resembles the Giant Squid.

One thought on “Mythology by Patrick” 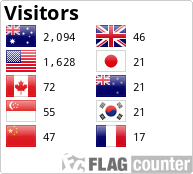